STB EMU is one of the most flexible Stalker_Portal apps which runs on android devices. However it's been reported from time to time that default settings sometimes end up having audio syncing issues. Fixing that is easy and simply needs changing of a simple setting.

First of all, if you have just seen this and STB EMU is new to your ears, it needs to be installed by one of the following methods:

Once installed, start watching for at least 5 minutes. If the streaming goes out of sync after 2 to 5 minutes, then you need the following fix. 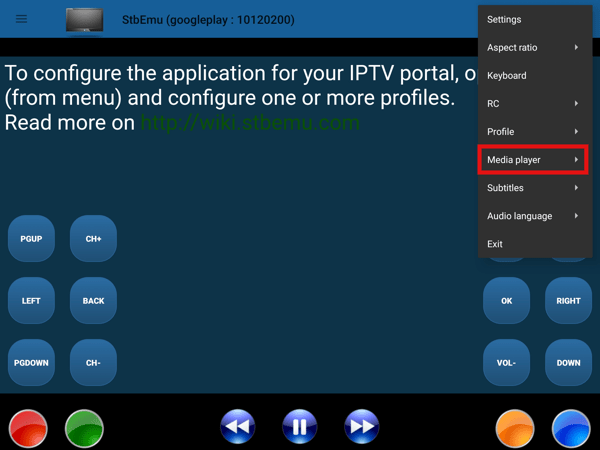 1-On the preload STB EMU page which loads right after you open the app, click on the 3 dots sign on the top right side of the screen. Then click Media Player. 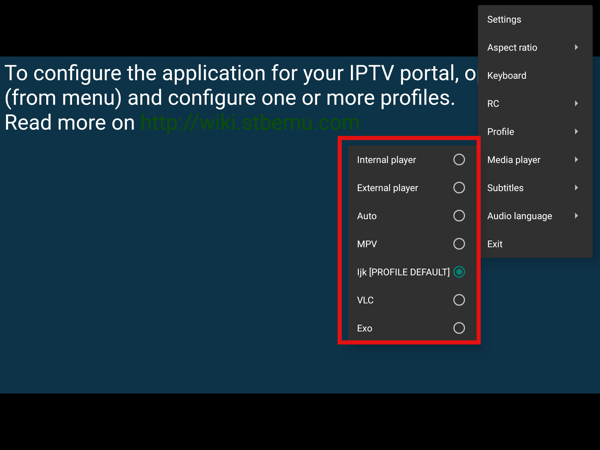 2- As shown above, these are STB EMU media player engines with which audio and video get decoded and played while you are watching IPTV. If you are unhappy with the current function of STB EMU on your android device, you can change between these engine and see which one works better for you.

90 percent of the times, the audio sync issue is resolved by changing media player engine. If you are still having issues, let us know in the comments below.